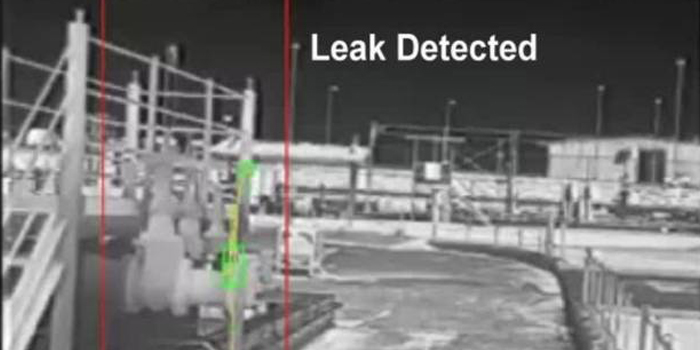 Monitoring and maintaining an oil well costs big bucks. “Some clients budget $250 to $500 dollars for an average well visit,” points out Nav Dhunay, president and CEO of Calgary-based Ambyint Technologies Inc. “If we can shave off a single visit per week then that’s significant cost savings across an entire organization.”

Dhunay is betting that Ambyint’s sophisticated artificial lift optimization technology can do just that – catching potential problems with pumps before they occur to boost oil production and lower operating and maintenance costs.

Its sophisticated algorithms might pick up a high level of debris in the pump, for example. “We can do a ‘tap’ to try and release the debris,” says Dhunay. “If we can’t do it electronically, we’ll send a message off to the operator and let them know they need to intervene.”

Ambyint was born out of PumpWELL Solutions, which collected the data used to develop the algorithms during its 10 years in operation. Two of PumpWELL’s long-time clients – Bonavista Energy and PennWest Exploration – have been using the new system, which is due for general release Sept. 1.

Its main advantage, says Dhunay, is at $1,000 per well and $50 per month for monitoring, Ambyint is cheaper than most solutions on the market. And it leverages the way people work today. “Everyone’s got a smartphone in their pocket,” says Dhunay. “So we’ve created a rich app which gives real time information on what’s happening at that well. You can actually stand in front of a well pump jack and adjust its speed using an app on a phone.”

The lower price makes it affordable for all wells, even those nearing the end of their production cycle, says Dhunay. “One client estimated the solution could save anywhere from $100,000 to $150,000 per year by putting it across all their oil wells,” he adds.

Given the recent drop in oil prices, says Peter Garrett, CEO of incubator Innovate Calgary, tech companies that are able to show an immediate return on investment for oil producers are the ones most likely to get funding and attract clients.

Oil patch innovations tend to cost more and move slower than in other industries, Garrett says. In the energy tech space, “you’re typically dealing with hardware of some kind and that requires large capital investments to build a lab prototype and even larger capital outlays to build a field pilot-scale project,” he says. “You could be talking from $10-million to $100-million. It takes a whole different level of convincing capital investors that your idea warrants the capital outlay.”

Nonetheless, innovations do occur. “The main areas of concern in the oil sands tend to be lowering production costs, reducing the environmental footprint and the ‘digital oilfield’ – using innovative new technology in the oil field,” says Garrett.

Cenovus Energy, for example, has been using a $30,000 commercial drone to map sites in Northern Alberta, while Suncor Energy Inc. has ordered 175 driverless trucks from Komatsu Ltd. in Japan. The trucks use GPS to navigate, can drive in day or night and never have to stop to sleep, eat or, ahem, eliminate.

“Drilling fluid represents about 10 per cent of the total cost of drilling a well,” says Jeremy Krol, vice president, corporate development at nFluids. It cools the drill bit, removes cuttings and lubricates the well bore.

“The loss of drilling fluid into the cracks and pores of the surrounding geology is not only a safety risk but also very costly with negative environmental consequences,” Krol says.

nFluids’ product aims to reduce fluid loss by 30 per cent, as well as “reducing friction and providing increased strength to the well bore,” he says. The result: Operators should be able to trim total energy requirements and the cost of the drilling process.

With funding from Yaletown Venture Partners, angel investors and government grants, nFluid’s additive is still in the field-testing phase, but Krol expects to have a commercial product on the market within a year. “We understand that the product has to be priced so that it provides an economic benefit to the operators,” he says. “Hopefully, the market will be turned around by then to accept such a product.”

Christopher Beadle, vice president of sales and marketing for Intelliview Technologies of Calgary, holds out hope for a turnaround in the industry as well. His company’s thermal video surveillance system was first used for lane tracking in speed skating. But five years ago Enbridge Inc. approached Intelliview with a question: Could it use its technology to discover oil leaks the size of a piece of paper?

Although most oil patch companies can detect large leaks, they take longer to pick up small drips, leaks or sprays of oil, says Beadle. That can mean big trouble over time. It costs about $50,000 to clean up even a small leak because of the cost to dig up and cart away the contaminated soil, he says. “And for the whole social license, pipeline operators want to demonstrate that they are dealing with any potential leak.”

Intelliview’s thermal cameras detect temperature changes of two degrees or more. Because the fluid in a pipe is normally warmer or colder than the outside air, even small leaks activate the camera to send a photo and video clip to a monitoring centre.

Oil companies would most likely use the cameras to detect problems at pump stations, where seals, valves and vibrations result in most leak, says Beadle. But they’re also useful for sensitive areas of pipeline – those that span water, for example – or to pick up security threats.

Intelliview has funding from Enbridge, angel investors and the Export Development Corp., and it counts both Enbridge and TransCanada Pipelines among its clients. But in today’s low oil price environment, the system can be a hard sell at an average $30,000 to $300,000 to implement. “The good news,” says Beadle. “The technology can be used for other fluids such as acid and methanol, not just oil.”